Written by Ken Kramer. Posted in BPM and Workflow, Terminology

Digital forms are an important component to any BPM or workflow application.  Electronic forms present information and allow data entry, and facilitate the “people to system” interaction between end users and the BPM/workflow engine.   Most BPM systems have 4 pillars:

In any digital transformation project, the introduction of electronic forms can speed up the reduction in paper, and provide a path to a “paperless office” environment.   Both iWorkflow and K2 have forms pillars that provide a user interface, through the use of a web browser for forms. 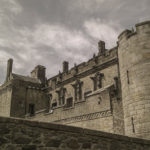 The Castle Analogy: Core Strategy for a Paperless Office

When you look at the medieval castle, it had all the protective measures to insure the occupants were protected from outside threats.  In our modern office, the threat is to efficiency and productivity, especially when examining the flow of paper both in and out.  A core strategy is to surround your organization with a virtual moat, that allows no paper to cross.  Below outlines the use of 3 technologies to help with the goal of the paperless office.

Document Capture and Scanning – Today, it is almost impossible to forbid inbound paper.  Whether it is a small business sending paper invoices, a law firm that sends a FedEx package of contracts or a paper bill of lading for a shipment, paper will still exist for most organizations at some level.  The goal here is to create that virtual moat, across which “none shall pass”.  This can be your mail room, with a core policy of digitizing any paper for distribution within the organization.

Digital Forms – Forms technology can insure minimal creation of paper, through the use of a “born digital” mindset.  Want to request vacation?  Fill out a digital form.  HR new hire paperwork?  Go to the new hire portal and fill out the required electronic forms.  This technology can help eliminate new paper creation internally, and can be expanded for external paperwork as well, reducing the need for scanning and document capture.

Workflow Software – workflow provides the ability to fully digitize any work process, and can integrate with both electronic forms and document capture.  This provides a powerful multiplier effect, letting you combine the advantages of all technologies, and enhancing your efficiency and productivity to a whole new level.  Documents and work can now be digitally routed both internally and externally.

These three technologies can be implemented in stages, one by one to start the improvement process, and begin the elimination of the paper threat.  Thoughts? 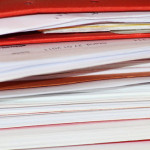 Where Did the Paperless Office Go?

Here we are, in 2016, and the Paperless Office topic is still key in many business owners minds.   But why the lack of progress?  In an AIIM Paper Wars study, there were some pretty amazing statistics:

So why are we only inching our way towards the ultimate paperless goal?  Checkout the chart below: 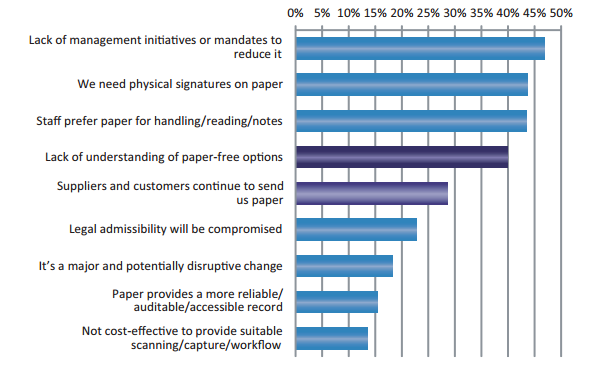 AIIM Paper Wars: Why Lack of Progress on Paperless Office

As you can see, there are a wide variety of barricades preventing progress, many of them are people/culture based.  So how do you tackle these paperless blockades?

Want to learn more about paperless office strategy and products that can help you revolutionize the way you do business?  Contact inForm Decisions today. 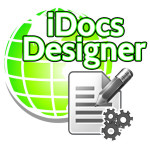 iDocs Designer is an evolution of 20 years of document design tool, and user interface experience.  Through the years,  each new version of IFD’s designer has simplified the forms design process while increasing the flexibility to create and communicate more.

COLOR Document Support is built in as well as support for XML and encrypted PDF formatted documents for both the open platform and the IBM iSeries.

Mapping Print or Spool Data onto the Designed Form

Depending on the platform iDocs Designer will work with a GUI (Graphical User Interface) mapping tool to map data from a print or spool file onto the designed form, which will store this information for ongoing form-data merge operations (see iDocs and iDocs Open). Print files or IBM spool files can be downloaded into the right pane to be dragged and dropped into appropriate locations on the form.  Multiple properties can be applied to the mapped data,  including fonts, routing conditions, colors, burst and sort conditions, object and signature merges and more. 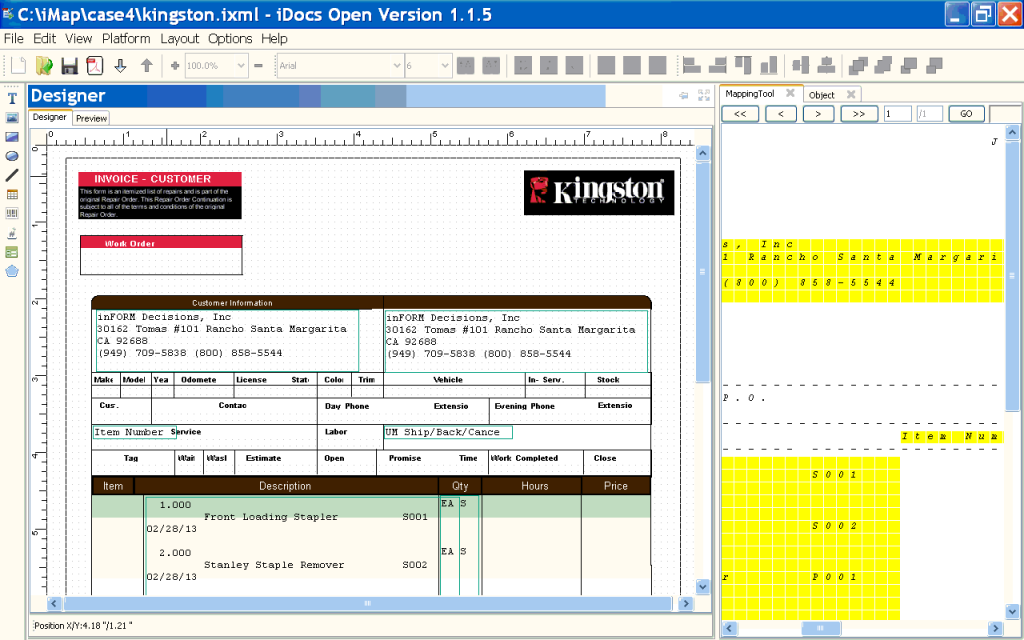 IMPORTANT, please read below Notice/Disclaimer:
Contact your software provider to ensure compatibility and updates to support the 2022 forms.

We offer tax forms in just about every paper median for all your tax season preparation needs. W2, 1099, ACA, and many more are available as blank laser forms, pressure seal forms, continues forms, and more. Please call (949) 709-5838 Ext.123 to order your 2022 tax form paper and envelopes, email Erin at erin@informdecisions.com or submit the form on the right for your order.

inFORM Decisions has no affiliation or contract with Computer Guidance Corporation or any other ERP company, and we are not responsible for their spool file content which can be modified at any time without our knowledge or consent. Since we do not have access to current customer spool files, we are providing the tax form overlays only. The Tax Forms are being provided on an AS IS basis and inFORM Decisions is not responsible for any damages arising out of the use of the overlays made available under this agreement. Testing for suitability by the individual user is required. inFORM Decisions makes no expressed or implied warranty as to the overlays, spool file content or the data mapping. Any request for data mapping or modifications will be done as a billable service.

Click I ACCEPT to accept the terms and conditions as shown above and DOWNLOAD the current tax forms. A complete list of the available forms as well as the installation instructions can be found the included READ_ME_ZIP document.